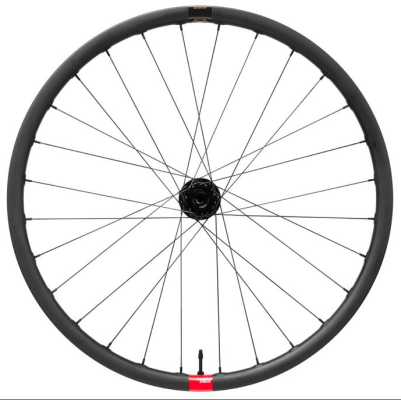 The Santa Cruz Reserve Wheels set strength & impact resistance as its top priority, just without the harsh, stiff ride that usually comes along with it. Complete with Lifetime warranty.

Whether it's a sunset lap with friends or a race run against the clock, a broken wheel ruins any ride. Santa Cruz set strength and impact resistance as our highest priority, but strength doesn't have to mean uncomfortably stiff. The Santa Cruz Reserve Carbon Wheels are compliant enough to avoid that harsh "wooden" ride that gives some carbon rims a bad name offroad.

Santa Cruz only make offroad bikes, so they have the privilege of being able to focus purely on the mountain bike experience. Everything from the thickness of rim beads to external spoke hole reinforcements comes purely from their experience of knowing what riders need at every level—from international racing to your local trails.

Material Where You Need It

This information in hand, Santa Cruz set about determining how we might design a rim to mitigate those failures, and part of the result is the square-shaped reinforcements you can see around the spoke holes. Making plates of different carbon spoke hole designs in their carbon lab in Santa Cruz, they developed a test that mimics the sudden increase in pulling force associated with an impact. After spending a few months breaking bits, they got to the point where all that was being broke were spokes & nipples - no carbon.

Santa Cruz are far from the first company to reinforce high-stress areas with more material, but they're visible to ensure that the spoke hole drilling matches the reinforcement. Super-precise placement of these reinforcements allows for only the amount of material necessary to achieve the strength required, rather than reinforcing the entire rim. Santa Cruz then invest that extra material into the other common failure point of a rim—the bead.

The rim beads on the Santa Cruz Reserve wheels are thick, relative to other rims on the market. As much as a millimeter thicker on either side, in some cases. The material we saved by optimizing the placement of the spoke hole reinforcements went directly into the bead, making it extremely strong without adding weight to the overall construction. The beads are hookless: this makes for a better fit with modern tires, but also simplifies manufacturing, which results in more consistent carbon compaction—the technical way to say stronger rim.

One thing Santa Cruz knew for certain when going into the Reserve Wheel project three years ago was that the industry standard impact test for carbon wheels wasn't going to cut it. That test, approved by the UCI, impacts both sides of a rim equally with a flat rubber pad without a tire mounted on the wheel. It's designed to replicate a pothole-type impact on the road.

On a mountain bike, a rock is much more likely to only hit one side of the rim, so the rim beads have to be independently strong. Santa Cruz created a test in their lab that simulates one side of the rim landing directly on a square-edged rock from over 3 feet in the air with no suspension, and a lightweight tire inflated to 25psi.

As they began to put some of the other rims on the market through this test, a lot of them broke more or less as they're expected to—on the bead—but Santa Cruz also found that a critical failure mode was the spoke nipples pulling through the rim due to the sudden increase in spoke tension as the wheel flexed on impact.

Like many of the tests and standards required today, rim and wheel benchmarks were ported over from road biking. The Reserve Wheels - unsurprisingly, pass those easily, but Santa Cruz don’t think they’re adequate for mountain biking, which is why they came up with their own.

Lifetime. No gimmicks. Not limited. If you do actually manage to break the Santa Cruz Reserve Rims while out riding, they'll replace it for free. If it gets run over by a truck, they'll help you out with a low cost, accidental 'crash replacement', because life's too short to argue.

has been successfully added to your basket.

View View Basket to adjust quantities and to choose a delivery method, or Continue Shopping shopping. Once you are happy with your basket please proceed to the Checkout to complete your order.

Cheers for stopping by - Keep the wheels spinning! 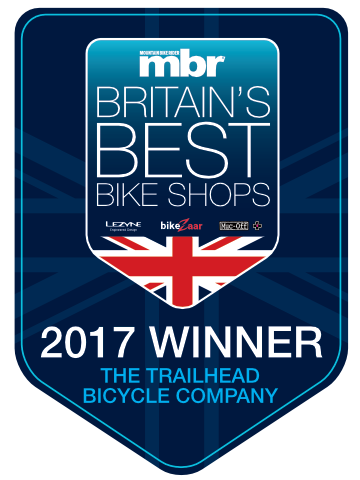